The passenger car of type Baat is a typical two axle passenger car which existed on the railways of former Yugoslavia in numerous variants. They were typicaly present in trains for local railways, eg. Ljubljana-Kamnik, Celje-Rogatec, Jesenice-Nova Gorica etc. In the begining they had wooden benches that they were later upholstered. Since they were far from comfortable they got nickname “texas cars” but they were reliable. The heating at the start was using the steam and later also electric. After the disentegration of Yugoslavia they were in use by Slovenian state railways (SŽ) until the begining of 1990’s where they soon were replaced with other more modern passenger cars as well as DMU’s. The latest were used on railway Jesenice-Nova Gorica, painted in withe with rainbow stripes, so called canaries.

The model represents a 15,50 m long variant from early 1990’s with upholstered benches with compartments for smokers and nonsmokers, aisle along the car and a toilet. The model is made from ABS plastic, metal wheels, details under the frame, interior and NEM cinematics. Model is painted and prints are made using fine tampo print. Everything is made in Slovenia and the model shall be available in spring 2020, estimated price should be 67 EUR.

You can order the model directly at Klub Baat as well with us. 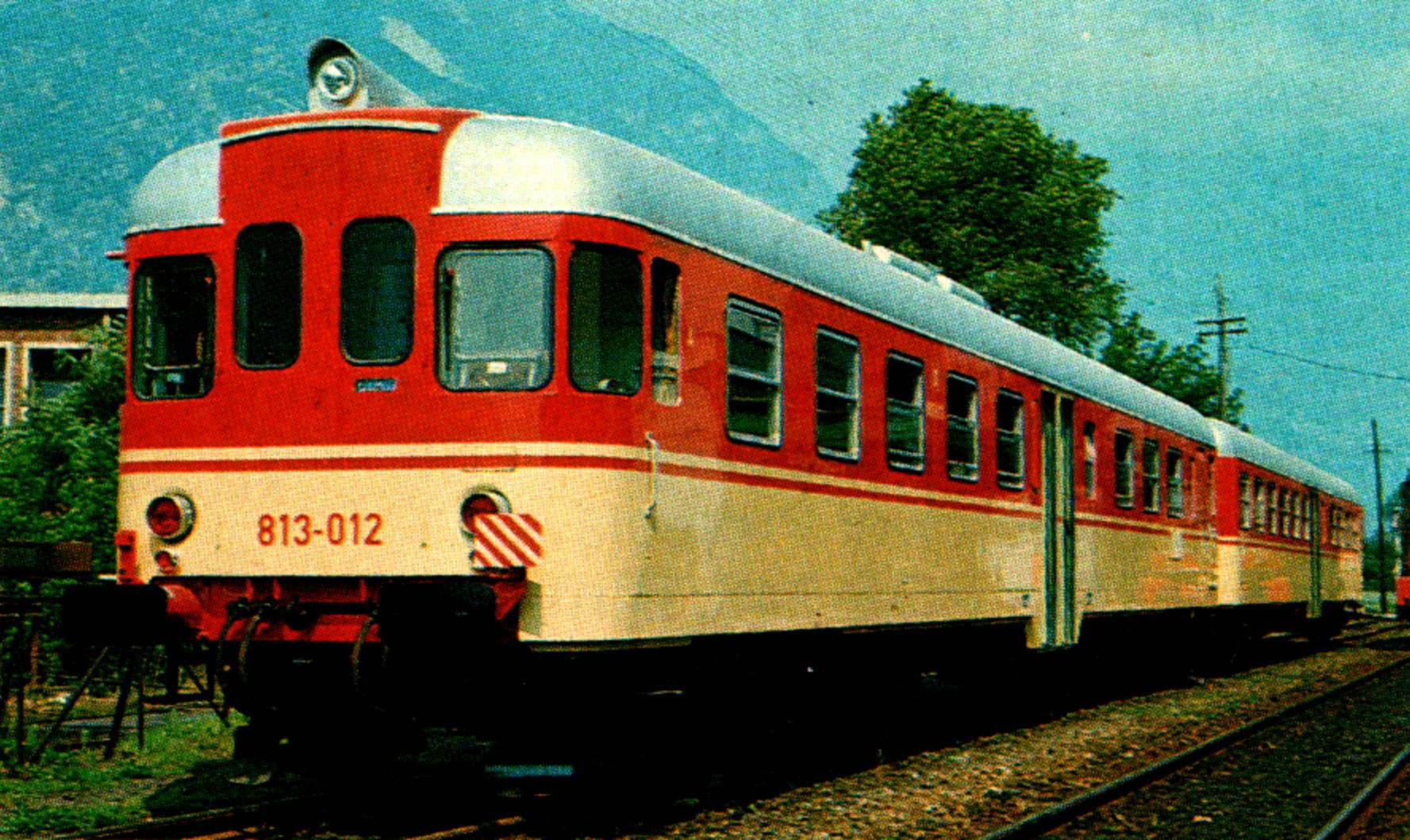 The italian company ViTrains prepared model of Aln 668 in scale H0 years ago but on the contrary to company Rivarossi (Hornby), they started releasing the models from version Aln668-1000. So few years ago they released version of series -1800 which is identical to our model JŽ/SŽ 813. We talked on fair Hobby Model Expo 2019 in Novegro and they mentioned they would like to prepare also JŽ/SŽ version and they expressed readiness to prepare the trailer as well. On toyfair in Nürnberg 2020 they announced our version together with the correct trailer Ln 882. The models should(!) arrive in autumn 2020, the estimated price for analog version is 300 EUR, for the version with digital sound decoder 420 EUR. The exact prices shall be provided later but we already accept the preorders for these models.

On Toyfair in Nürnberg at the end of January 2020 the Belgian company B-Models announced two models of Innofreight cars that one can regulary see on railways of Slovenia and Austria. They announced models (cat. no. 90.217) 90.217 RailCargo Austria Voest Alpine and (cat. no. 90.218) SŽ Cargo Voest Alpine. These cars are regularly in same consist carring iron ore from Port of Koper to ironworks in Linz via Jesenice or Šentilj (Spielfeld).

The idea behind Innofreight cars is to use standard car for transporting containers and put on any container. So if the company has different types of containers, they can use same care for different containers. The models have two permanently coupled cars loaded with one container per car. The estimated price of each model is 127,95 EUR and we already accept preorders. Based on the experience from the year 2019 these preorders are filled quite quickly so hurry!

Slovenian railroads, freight divisions have recently acquired some freight wagons for paletized goods with sliding side doors. They permanently coupled together two cars together so they got one Himrrs type car from two Hbbillns cars (see article AlbertModell Hbbins/Hbbillns).

We agreed with AlbertModell to prepare limited quantity of these models which should be available by the end of 2019. The price for this car (actually 2 cars) is 80 EUR and we already accept preorders. Please contact us through webform on this site or send us an e-mail.

Company ACME presented set of 2 SŽ cars on the Toyfair in Nürnberg 2018 under the art. no. 55181. This is a set consisting of two SŽ white cars with blue and turquoise stripe with seats, one mixed class (AB) and one 2nd class.This livery was introduced by SŽ in the beginning of 1990’s and was in use till the mid 2000’s. The cars were in use on domestic as well on many international trains like IC Croatia, Venezia Express, Simplon Express etc.

This set is now available, the price is 126,95 EUR. You can order it through web form on this website.

Some other photos and You Tube video:

The estimated release is late december 2017-january 2018 and price is 62,60 EUR each but in a preorder action valid until December 17th, 2017 the price is a bit lower. You can preorder these cars using the web form on this website.

Some photos of these cars in international trains from the internet: